Theodore Too is a large-scale imitation tugboat built in Dayspring, Nova Scotia in 2000 based on the fictional television tugboat character Theodore Tugboat. Theodore Too was located in Bedford, Nova Scotia but is now on its way to its new home in Hamilton, Ontario. I managed to get some footage and photos os it as it passed Crossover Island Lighthouse. It was headed into the Canadian Channel soon after this and had no stops on the U.S. Side, so this was my best chance to get something for you guys.

The following Prints are available for purchase.. just click on them.. 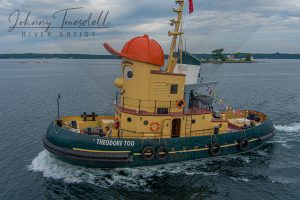 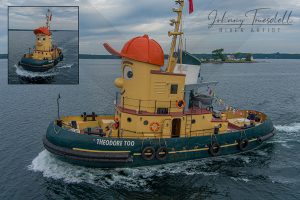 Everything takes time and money to make happen. That being said, tips are very much appreciated. They pay for gas, new hardware, new software, lunch, you name it.. it all helps out so I can make more great content in the future.. also, if you don't want to tip online just contact me and I will give you an address to send a check to..

If you enjoy awesome photos & videos of the 1000 Islands Area then this is the site for you.. Bookmark and check back regularly.